AdF PR International has teamed up with Hublot to produce the limited edition of Big Bang Angola.

Be the one of the exclusive elite of people to wear a special edition of Hublot Big Bang Angola.

Click here to order yours now and and read here the watch leaflet.

Angola, my country and the BigBang Angola is the mission of the fusion between an African thought andthe “savoir-faire” swiss. It’s the fusion of materials, culture and art that borns and lives trough men.

This cultural and artistic diversity with the overpower of the best technology of Swiss watch making symbols today a country, Angola. Being ambassador of Hublot in Angola it’s a privilege and an honour to belong to the success of Big Bang Angola. 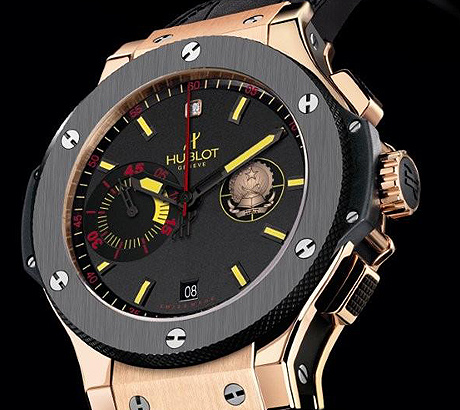