Since 2010 Globe Soccer has been presenting the most eagerly awaited Awards of the footballing year in Dubai at the end of December.

The intercontinental football event is the only one which rewards all those involved in the game, including agents and directors, referees and fans.

Globe Soccer celebrates the season at year end, with one eye on the first transfer window set for January.

Globe Soccer is the moment when institutions, clubs, directors and agents can meet:

Two days of debate dedicated to the increase in and knowledge of the problems of the world’s most important sporting discipline. 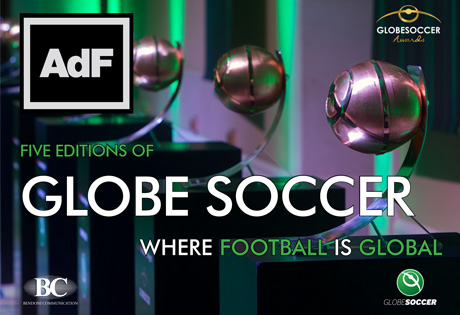